I love this troubled, sexy ballplayer and I can’t wait for you to get to know him. 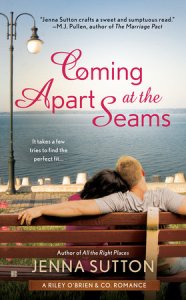 Coming Apart at the Seams

Love can take some time to break in…

Teagan O’Brien, heiress to the Riley O’Brien & Co. denim empire, is anything but a spoiled rich girl. She’s worked hard to secure her place in the family business and can hold her own, in and out of the office. Only one man has ever been able to get under her skin—sexy football star Nick Priest. Years ago they crossed the line from friends to lovers, but he left her heartbroken. Since then, she’s been determined to keep him at arm’s length—no matter how tempting he looks in his jeans…

Nick has fortune, fame, and looks that make most women hot and bothered. But he doesn’t have the woman he really wants. He knows he screwed up when he walked away from Teagan, and now that he has a second chance, he’ll do whatever it takes to win her over—no matter how tongue-tied he gets… 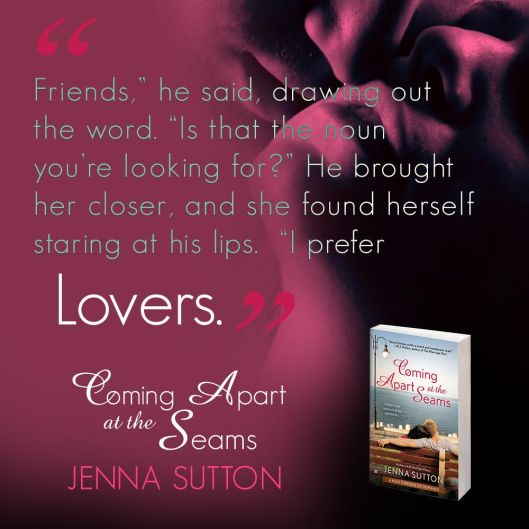 He let his gaze wander the ballroom of the Westin St. Francis in downtown San Francisco. With its lavish holiday decorations, it could have been any company party. But the huge photo banners hanging from the ceiling made this one unique.

Every black-and-white image showed a different view of Riley O’Brien & Co.’s signature blue jeans. He was pretty sure the jean-clad ass in the photos was his own.

He chuckled wryly. The banners proved what he’d always known: he was nothing but a giant ass. He had no doubt Teagan would wholeheartedly agree with that assessment.

Teagan’s date touched a curl that had fallen to her shoulder, and Nick growled under his breath when the fucker stroked the smooth skin of her upper chest. He would rather take a direct hit from a 350-pound linebacker than watch that loser put his hands on her. Hell, he’d rather be buried under the entire defensive line than suffer the torture of watching another man paw the woman he wanted for himself.

Moving his gaze from her body, he focused on her face. Her full lips were painted a deep scarlet that matched her dress, and he took a moment to remember the taste of her mouth, addictive in its sweetness.

Her wavy dark hair was pulled into an elaborate updo, emphasizing her graceful neck and smooth shoulders, which were bared by her strapless dress. Years ago, he’d had his mouth on that supple skin before he had trailed his tongue down into her creamy cleavage.

Jerking his head toward the voice, he was surprised to find Quinn standing next to him. Nick mustered a smile for his old friend, clasping the hand he offered and slapping him on the back.

Nick hadn’t been sure if he would be able to attend the party. His schedule had depended on whether his team made the playoffs. But they’d lost their last three games, dashing those hopes.

Although it didn’t reflect well on him, he hadn’t cared much that his team wasn’t heading to the playoffs. He was ready to move on, and although he had yet to announce it publically, he’d decided to retire. He had given enough of his life to the game, and it had given him what he had needed in return. Now he needed something else.

I really enjoyed this story and I think my favorite part is the relationship that grows between the two as they become friends & then more.  It creates such a connection between them – one that even manages to survive how absolutely, terribly Nick screws up.  It makes for an absolutely and adorably sweet end that just made me grin.

I can totally understand why some are upset by how Nick treats women (before getting romantically involved with Teagan) and then her when he’s trying to win her back.  He has his reason for being a little loose with his female companionship and it isn’t like he promised them anything more.  And he does realize that he’s not doing right by Teagan and works to fix it.  When it comes down to it, Nick has some growing to do and he does it.

There are also complaints about Nick’s communication issues, which I just don’t get.  It is such a HUGE part of this story and one of the main problems between the two.  I think Sutton does a fantastic job of setting it up and explaining the whys behind it.  They’ve got other troubles as well, including Nick’s relationship with his father which also play into his relationship with Teagan.  I totally got him every step of the way and rooted for him right up to the HEA.

I should warn you that there’s just a smidge of Book 1 that bleeds over into this one that … well, it didn’t impact this story but it definitely made me go “I’m missing something”.  Which of course, me being me, made me anxious to go out and get it to find out what that is 🙂

Jenna Sutton spent most of her career as an award-winning journalist covering business-related topics including healthcare, commercial real estate, retail, and technology. Nowadays she writes about hot, lovable guys and the smart, sexy women who make them crazy. It’s the culmination of a lifelong dream, and she feels so lucky to be able to do it.

Jenna and her husband live in a 103-year-old house in Texas. 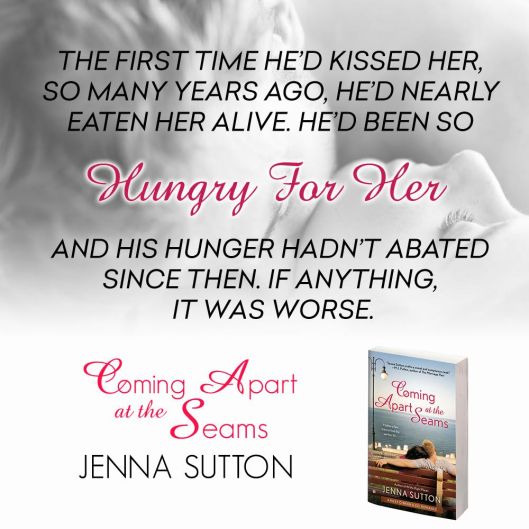 The Trouble with Picket Fences

The Path to Sunshine Cove

Summer by the River

Mr Right Across the Street

The One That I Want

To Catch a Dream