We’ve seen a couple of Katie Reus books and this one looks fantabulous, with lots of 5 Star reviews on Goodreads.  I gotta admit – I just love the idea of a demon/dragon hero! 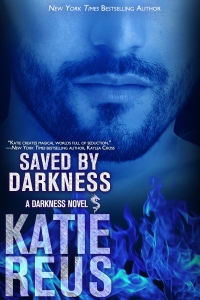 He thought he lost her decades ago.

Half-demon, half-dragon shifter Ian McCabe is hellbent on getting back the only woman he’s ever loved. When Fiona O’Riley kicked him out of her life decades ago, he thought she was gone for good. Now that she’s back, nothing will stop him from claiming her. But she wants nothing to do with him—or his family.

She’ll do anything to save him.

Fiona knows that Ian is the only male for her. The only way to keep him alive is to stay away from him. But when tragedy strikes and they discover a wicked agenda for the mass murder of humans, they must work together to take down the enemies that threaten everyone. But there’s so much more on the line. As their undeniable desire intensifies, they’re faced with an unbearable choice. If Fiona and Ian succumb to their temptation, mating could be the last thing they ever do.

He stared at the picture, feeling his entire body heat up. It had been years since he’d seen her. He had a picture of Fiona, but it was from decades ago and it was in one of his safes—along with other treasures. That was not a myth about dragons—they loved treasure. Given her modern style of dress, this was taken fairly recently. “What is this?” His voice was always raspy, but even more so now.

Rory flicked a glance at Liberty before looking back at Ian. “This is what I wanted to talk to you about. Finn wants to speak to this female. She lives on the outskirts of his territory. Not in it, but close enough. And we needed to know if she is a trustworthy female. I know you know who she is, but I don’t know the nature of your relationship.” He stared at Ian questioningly.

Ian stood abruptly. He’d shared almost every part of his life and history with Rory. Fiona was the only thing he’d left out of that narrative. He simply couldn’t talk about her. It hurt too bad. Made his dragon want to take over, to burn everything and everyone to ash. “She’s trustworthy.” Without saying anything further he strode from the room. He heard his brother curse softly behind him, but ignored him.

Rory was lucky he hadn’t burned a hole in the ceiling and just flown out of there. Which yes, was insane, but Ian wasn’t in control now. He needed to get to the Stavros estate as soon as possible. The Alpha wolf who ran this territory wouldn’t be happy to see him since he didn’t plan to call first, but the male could just deal with it. Seeing Fiona’s picture again had his most primal nature clawing to the surface.

He couldn’t even convince himself that he’d buried memories of her because it was a lie. He thought of her every damn day. The woman lived inside him, was his mate. It didn’t matter that they’d never crossed that final line and mated. That he’d never marked her—that she was mated to another. Another female would never do for him. Now to know that she was somehow nearby, close to Finn’s territory… He was going to find out everything from the Alpha.

Then he was going to see her. He knew he shouldn’t. She was mated, taken. She’d broken his heart into a thousand shards and gone off with another male. Another male her family deemed worthy. Too late he realized she’d done it to protect him, that she’d sacrificed her own happiness to keep him alive. Or it had been an attempt to—but he didn’t need anyone’s protection. He would have kept them safe, alive. He just wished she’d known that, trusted him enough.

Now there was no logical reason to go to her. Still, he would see her. He had to.

Katie Reus is the New York Times and USA Today bestselling author of the Red Stone Security series, the Darkness series and the Deadly Ops series. She fell in love with romance at a young age thanks to books she pilfered from her mom’s stash. Years later she loves reading romance almost as much as she loves writing it.

Praise for the novels of Katie Reus

“Has all the right ingredients: a hot couple, evil villains, and a killer action-filled plot. . . . [The] Moon Shifter series is what I call Grade-A entertainment!” —Joyfully Reviewed

“I could not put this book down. . . . Let me be clear that I am not saying that this was a good book for a paranormal genre; it was an excellent romance read, period.” —All About Romance

“Prepare yourself for the start of a great new series! . . . I’m excited about reading more about this great group of characters.” —Fresh Fiction

“Both romantic and suspenseful, a fast-paced sexy book full of high stakes action.” —Heroes and Heartbreakers

“Katie Reus pulls the reader into a story line of second chances, betrayal, and the truth about forgotten lives and hidden pasts.” —The Reading Café

“Mating Instinct was a great read with complex characters, serious political issues and a world I am looking forward to coming back to.” —All Things Urban Fantasy 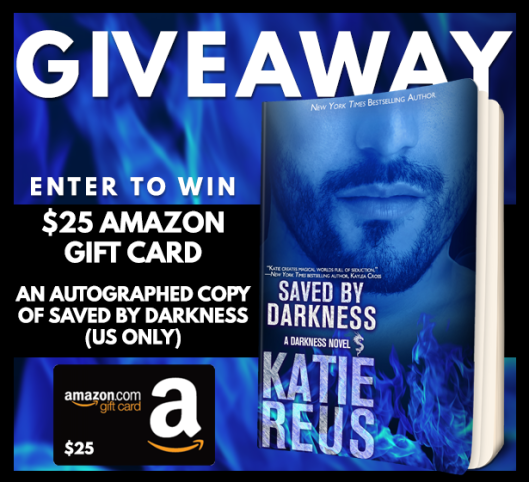