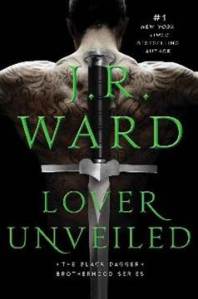 Sahvage has been living under the radar for centuries—and he has every intention of staying “dead and buried.” But when a civilian female sucks him into her dangerous battle with an evil and ancient as time, his protective side overrides his common sense.

Mae has lost everything and desperation sets her on a collision course with fate. Determined to reverse a tragedy, she goes where mortals should fear to tread—and comes face-to-face with the Brotherhood’s new enemy. She also discovers a love she never expected to find with Sahvage, but there can be no future for them.

Knowing they will part, the two band together to fight against what Mae unknowingly unleashed—as the Brotherhood closes in to reclaim one of their damned, and evil vows to destroy them all…

Forty-eight minutes before Ralphie DeMellio got murdered, he was living the life.

“You got this,” his buddy was saying as he rubbed Ralphie’s bare shoulders. “You fucking got this, you’re a monster, you’re a motherfucking monster!”

Ralphie and his crew were on the sixth level of a parking garage that was all about the oil stains and litter, rather than any Oldsmobiles and Lincolns. The abandoned facility was just a fucking concrete bureau with nothing in its drawers, and in this part of Caldie, any kind of  structure on-its-lonesome didn’t last long. Hello, BKC. Bare Knuckle Conquests was the only legit underground fighting circuit in the south-ern part of New York State, and the bout held tonight was the reason why he, his bros, and five hundred clout-chasing Insta-famers were here.

Any more selfies and it’d be the driver’s license lane at the DMV.

BKC was big-ass business, and Ralphie, as the reigning champ, was making big-ass fucking bank—provided none of these dumbasses with the camera phones gave their location away. And like, what were the chances of that.

He put his hand out, and when the brown vial was slapped into his palm like a surgical instrument, he went to town. As he honked two kilos of powder deep into his sinuses, his eyes went jumping bean over the crowd. Down at the other end of the level, they were antsy, drug-ging, and putting their bets in with the organizer’s bookies. Nothing but three rounds of bare-knuckle minutes between them and the killing they expected to make.

Ralphie was a very good bet.

He hadn’t lost a fight yet, even though he had Slim Jim muscles and smoked a lot of weed. But here was the fucking thing. The bouncer- types with the boulder biceps and the jelly bellies were only impressive when they were standing still. Get them moving and they had no bal-ance, no speed, and follow-throughs like they had double vision. Long as Ralphie kept buzzing around like a fly on shit, he was unhittable as his right hook went to work.

“You good, Ralphie. You fucking good!”

His crew was five guys from the neighborhood. They’d grown up together and were all related, their families having come over on the boat to Ellis Island a couple generations ago and gotten out of Hell’s Kitchen soon as they could afford it. Little Italy in Caldie was little different than the one in Manhattan, and as his father always said, don’t trust someone you don’t know and don’t know someone if you can’t walk to their house.

And there was one other person on Ralphie’s team.

“Where is she.” Ralphie looked around. “Where is—”

Chelle was back by the G wagon, posed like a Pirelli girl, her elbows on the hood, one heel stabbed into a tire rim. Her head was back, the pur-ple ends of her black hair licking the metallic paint, her pink lips parted as she stared up at nothing. The night was chilly because April was still a bitch in this zip code, but she didn’t give a fuck. Her bustier was all she had on up top, and the bottom half of her wasn’t covered much better.

Fuuuuuuck. Those tattoos on her upper thighs were showing. And the ones on the swells of her breasts. And the sleeve on her left arm.

She’d always refused to get one of his initials.

As if she caught his drift, Chelle slowly turned her head. Then she licked her lips with the tip of her tongue.

Ralphie’s hand went to the front of his jeans. She was not the kind of woman you brought home to mother, and at first, that was the rea-son he’d fucked her. But she was smart and she had her own hair salon. She didn’t check his phone. She didn’t care if he went out with the boys. She had her own money, she never asked him for a goddamn thing, and she had options, lotta options.

She was with him, though. And no matter what she looked like, she didn’t come on to his crew. She was not a pass-around, and anybody rubbed up on her? She was one slap away from knocking their fucking teeth out.

So yeah, after a year, Ralphie was way into her.

To the point where he didn’t care about what anyone else thought, including his traditional Italian mother. As far as he was concerned, Chelle was wifey material and that was all that fucking mattered.

To kill the ass-kissing all up in his face, Ralphie put his hand on the center of his boy’s chest and pushed the guy back. “Gimme a minute.”

His crew knew what was up, and they turned around and faced the crowd, closing shoulder to shoulder.

And Chelle was well damn aware of what he was after.

The G wagon was parked ass in, with a couple of feet of space be-tween the rear bumper and the garage’s nasty concrete wall. Chelle went around and assumed the position, leaning back on the Benz’s boxy rear door and arching her shit. In her heels, she was as tall as Ralphie, and as her lids lowered and her breasts strained against the lace trim of the bustier, she met him right in the eye.

Ralphie’s heart was going fast, but his smile was slow as he put his hands on her little waist. “You want it?”

Ralphie unzipped his jeans and stroked himself as he kissed her throat. ’Cuz she wouldn’t want him to mess up her lipstick. That kinda shit would come later, after he beat the ass of whoever was going to try him tonight. But he wasn’t about to drive his truck through mud, and he wasn’t about to mess up his female in public.

Chelle moved her thong aside, and as she put a stiletto against the concrete, he pumped into her while she grabbed onto his bare shoulders.

The sex was hot as fuck. Because it turned out that if he respected the female? It made everything hotter.

As Ralphie lifted her up so she could put both her legs around his hips, he closed his eyes. The pre-fight rush, the coke, Chelle, the new  G wagon from the cake he was earning at BKC, it was all power in his veins. He was the man. He was the monster. He was—

Ralphie started to come, and he would have yelled out, but he didn’t want people catching his girl like this. Instead he gritted his teeth and held on tight, dropping his head into Chelle’s perfumed neck and squeezing out curses through his locked jaw.

And then he had to say it.

“I love you, I fucking love you,” he grunted.

He was so into his girl, so into the coming, so into the feel of her coming with him . . . that he didn’t notice who was watching them from the shadows about twenty feet away.

If he had, he would have packed up his true love and his crew, and left rubber on the road as he got the fuck out of the parking garage.

Most of destiny was on a need-to-know basis, however.

And sometimes, it was best that you didn’t get a heads-up on the inevitable that had your name on it.

J.R. Ward is the #1 New York Times bestselling author of numerous novels, including the Black Dagger Brotherhood series. She lives in the South her family.

Giveaway: Leave a comment about who is your favorite brother and why for your chance to win a copy of LOVER UNVEILED.