Once Upon a Royal Christmas, Robin Bielman

I’m a huge fan of Robin Bielman’s work.  Her stories have humor and heart and this time it looks like she’s bringing us a cheeky Prince and a sassy heroine to keep up with him. 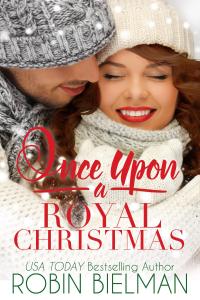 Once Upon a Royal Christmas

Colliding with a prince while walking four dogs isn’t how Rowan Palotay pictured meeting royalty, but then lately her life hasn’t gone according to plan. With one teensy tiny mistake, her job as a news reporter took a turn for the worse and now she’s lucky to have a small pet column in the local newspaper. Christmas is supposed to be a time of joy and magic, but she feels like she’s forever stuck on the naughty list.

Prince Theodore Chenery is in Marietta shortly after the death of his mother to meet his grandparents for the first time. When an accidental run-in—literally—with Rowan leads to an unexpected friendship, he finds himself enchanted with the outspoken, feisty country girl. She’s unlike anyone he’s ever met and her special brand of kindness and honesty make it harder and harder to keep temptation away.

Giving into the passion and deep-rooted emotions between them, Theo and Rowan discover what matters most. But when their relationship makes worldwide news, Theo must decide whether or not to follow his heart or his royal duty. 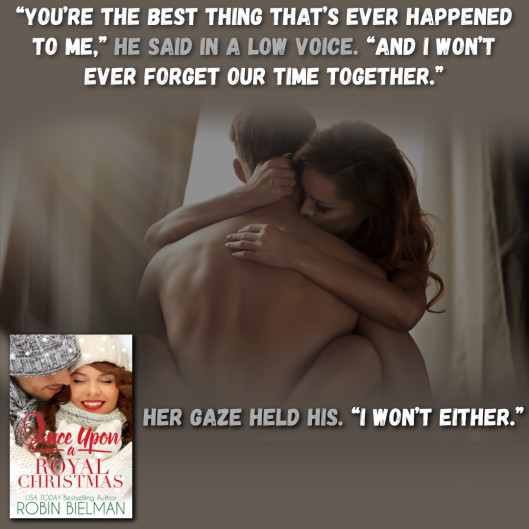 Quickly, and without thinking, Theo sat down behind her, cradling her between his thighs and wrapping his arms around her waist. They both needed to get down the hill and this seemed like the best solution.

Her breath hitched, her body tensed.

“I thought we could do this last sled run as a team,” he said quietly. “But if you’d rather—”

Having her in his lap felt better than good. Even with a bulky jacket on, she was soft. Her hair smelled like citrus shampoo. And she fit.

“Here we go.” He shoved them off. They gathered speed quickly and Rowan’s sounds of glee made him smile inside and out as the wind rushed their faces.

They started to slow, the slope evening out. Theo shifted slightly and the heel of his boot got stuck in the snow for a second. They spun out of control, pitched to the side, and crash landed. Their bodies tangled, rolled as one, and came to a stop with him on top of her.

Worried he was crushing her, he quickly pushed up onto his elbows. Her eyes were closed and her long, black lashes almost reached the tops of her pink cheeks. Snow clung to her hair. He gulped. She was beautiful. “Sorry about that. Are you okay?”

He was acutely aware of her chest rising and falling as she tortured him with silence for several seconds before finally opening her baby blues and saying, “That. Was. Epic.” Then she broke into a fit of laughter.

And God, it made her even more beautiful. She wasn’t irritated or flustered by their crash, but tickled by it. He stared down at her, enjoying her sound and the crinkles in the corners of her eyes. His body covered hers, making contact in so many good places, making him hungry for more. He hadn’t meant to like Rowan as much as he did, but she was great, and every interaction elevated his attraction to her.

Any affection had to be buried, though. He had a life waiting for him back home.

The thought bothered him more than he cared to admit.

How could it not when she stopped laughing and any pretense of this being a simple friendship vanished? The way she looked up at him, with desire and playfulness, was one hell of an aphrodisiac. He imagined she saw the same expression mirrored back at her.

He slid one hand in her hair to cradle the back of her head. With his other hand, he cupped her cheek. He’d never wanted to kiss someone so badly. At the moment, he didn’t care about the consequences. If he didn’t get to make her lips sore, suck her tongue into his mouth, and find out what she tasted like, he’d regret it.

She reached up and brushed the hair off his forehead. “Yes, Theo.”

When not attached to her laptop, USA Today Bestselling Author Robin Bielman can almost always be found with her nose in a book. A California girl, the beach is her favorite place for fun and inspiration. Her fondness for swoon-worthy heroes who flirt and stumble upon the girl they can’t live without jumpstarts all of her story ideas.

She is a 2014 RITA Finalist, loves to frequent coffee shops, and plays a mean game of sock tug of war with her cute, but often naughty dog, Harry. She cherishes her family and friends and loves to connect with readers. Get the scoop on Robin, her books, and sign up for her newsletter on her website at http://robinbielman.com. 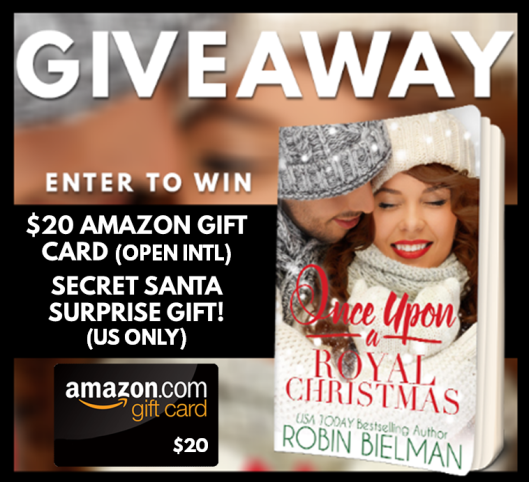 2 thoughts on “Spotlight – Once Upon a Royal Christmas”